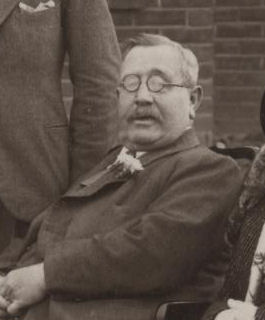 Arthur is my great grandfather, he was born in Barmer, Norfolk to a very large farming family. His father was John MARTIN (born 1811 in Rougham, Suffolk) who moved to Norfolk from Suffolk and farmed in Barmer for over 40 years.  His father was married twice to two sisters, and Arthur’s mother was Susanna Baker (1824 – 1894).

Up until 1891, Arthur was listed in the census’ as living in Barmer as a Farmer with the rest of the Martin family. However, in the 1891 and 1901 census’ he has moved with two of his sisters to Head the Farmhouse in Burnham Market. It is during this time I would imagine where he met his future wife.

Arthur married later in life at the age of 46 to Lilian Estcourt SMITH in 1906 in Fulham. They had their first daughter Leonie Estcourt Martin at 120 Edith Road, West Kensington, Fulham on 23 Aug 1906. I do not know why they were in London for this time or why they chose to marry in Fulham, but by 1907 they had returned to Barmer where their 2nd daughter (my grandmother) Vera May Martin was born on 19 September 1907. They went on to have a further daughter in 1918 (also born in Barmer).

Arthur died in 1932 aged 71 at The Beeches in South Wootton. I’ve not managed to determine what “The Beeches” was, and presuming it might have been some sort of nursing home. He was buried in Syderstone Church amongst other Martin family members including his father. 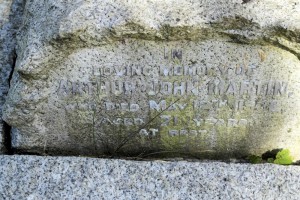