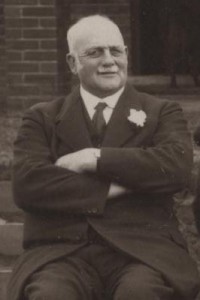 Arthur was a farmer at Pond House Farm In Bircham Tofts for most of his life. He was one of eleven children born to Thomas George Wharton (1827-1890) and Elizabeth Ann May (1831-1902). He was christened a Methodist at The Wesleyan Methodist Church in Walsingham, Norfolk on 9 October 1967.

In 1871 aged 3, he was listed on the Census as living at Ling Farm in Thornham, Norfolk with his parents and siblings. His father Thomas was a farmer. In 1881 aged 14, he was visiting his Aunt Eliza and Uncle William May in Orpington Kent. In 1891, aged 24 he had moved to Bircham Tofts (Pond House), living their with is widowed mother Elizabeth and siblings Florence  Wharton and Henry William Wharton.

During his later years and after wife Ellen had died, Arthur went to live with his daughter-in-law Vera May Wharton in Ingoldisthorpe, Norfolk. He died aged 94 on 7th May 1962. 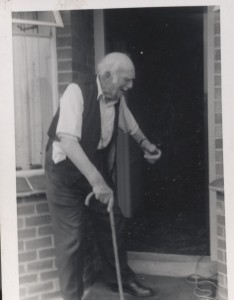